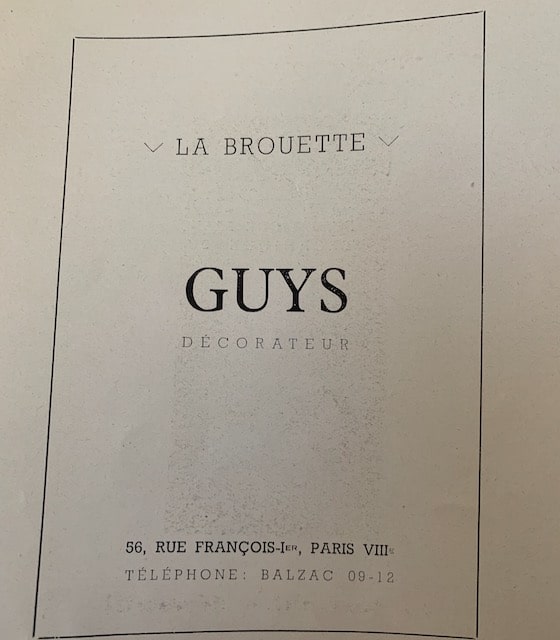 Raoul Guys - An elusive mid century French designer and gallerist, not much is publically available about this stylish Parisian enigmatic figure. Much European steel and wicker furniture from the mid 20th century is attributed to Guys.

Raoul Guys was a Parisian decorator who produced furniture typical of the style of the 50s. The structure of his quality furniture uses bent metal rods and lacquered with a wicker trim or with large cushions. The metal wire bases often have hairpin legs and are lacquered in black or color. Raoul Guys also used plywood as a table top, sometimes covered with a colored formica. Airborne produced his seats similar to the famous Papillon armchair by Hardoy . His clean, minimalist style is very similar to that of Mathieu Matégot. Its assumed that Guys worked with Matégot, who exhibited his tapestries in Guys' Galleries. Raoul Guys owned a Parisian boutique called "La Brouette", where he sold his rattan furniture, lighting and metalware.